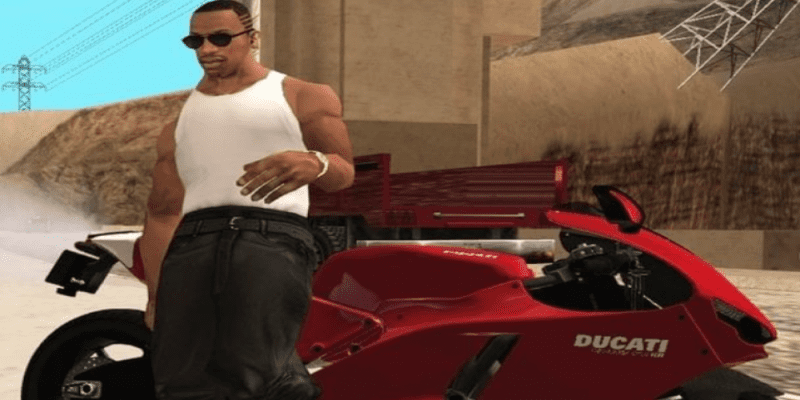 Despite Rockstart keeping a low profile about the next chapter of GTA remains one of the most anticipated titles ever. The side effect of this “do-nothing” marketing strategy is that any speculations fire up the entire web super-fast. This time, the wave of speculations was triggered by some suspicious activity around two popular bloggers who cover GTA news. Let’s try to figure out what’s the matter.

The two influencers who are currently talking about GTA 6 more than anyone is KRYPTO9095 and El Nitro 56. Besides, these two are surrounded by a bunch of other bloggers who speculate on the unknown origins of the information that comes from the initial couple.

It all started with KRYPTO9095 holding a Rockstar sticker on a GIF image in his Twitter post that unequivocally says “GTA 6 is coming #GTA6.” Blogger followed the tweet with a GTA 6 poster on his YouTube channel. Blogger’s fans couldn’t understand the message clearly but suggested that the creator could be making music for the upcoming game as he’s a musician. This speculation became even more realistic when Rockstar’s official Twitter account followed the blogger.

At this stage, El Nitro 56, an actor/YouTuber, stepped in and posted a series of reactions to KRYPTO’s and leakers’ posts. He said that he’s working together with KRYPTO, told leaders that their guesses were almost true, and mentioned that there will be a single game with two separate timelines.

Unfortunately, we have very low trust in both bloggers as they could actually collaborate to cause some hype and gain more subscribers. It’s not the first and probably not the last time that this happens. All we know for sure is that the game is in development and there are chances that it will be announced at May 16 earnings conference. When do you think the world will see the first official trailer of the game? What it will be about? Let’s chat in the comments and don’t forget to share the news with other fans.