In The Sims 4, Pronouns Get Customizable 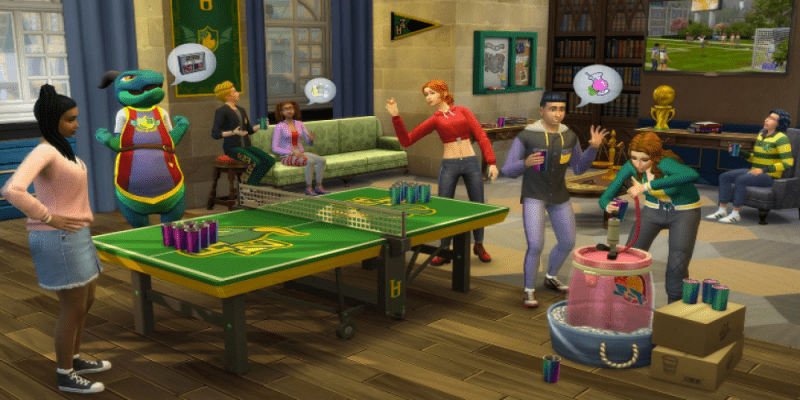 It seemed that everything has been made customizable in The Sims 4, from your apartments and cars to your height, race, style, and career. But there is more to customize. According to Maxis, The Sims 4 is to start supporting custom pronouns for its characters in an upcoming update. This will make the game even more inclusive, so it reflects real-life better.

Plans to introduce gender-neutral language to The Sims 4 have been already articulated last year. The work is already in progress, and, though it will take longer to implement the feature, it’s already clear how it will look in the game.

While the current name option in The Sims 4 is the traditional “hello, my name is…”, the update will change it into “Hello, my name and pronouns are…” There will be four options: the traditional “he/him/his” and “she/her/hers”, there will be a single “they/them/theirs”, plus a customizable field for any other possible option. If you opt for this, you should also define how your pronouns work in a sentence, so the game generates them correctly.

Bloggers who initiated this change welcome the initiative. For example, MomoMisfortune, a popular twitcher, already thanked the team on Twitter. Another blogger, lilsimsie, also reacted to the news. Still, the fact that the update is announced doesn’t mean it’s about to arrive. Its implementation may take months, and still be available only on select platforms.

By the way, a mod named Refer that allows players to adjust the usage of pronouns in the game about the same way is available since August 2020. Like all mods, though, it is unofficial and only supported on PC. Maybe it’s Refer that showed Maxis the way.

And what about your Sims? Are they good with traditional pronouns, or does their identity require customization? Share your opinion with us in the comments!