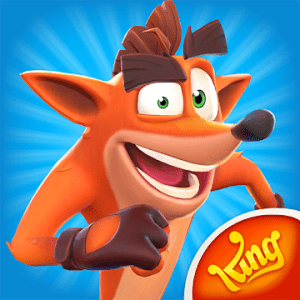 Crash Bandicoot: On the Run is a video game developed by Vicarious Visions and published by Activision.

The game is the third in the Crash Bandicoot series and was released on the App Store for iOS on July 22, 2017. Crash Bandicoot: On the run is a side-scrolling game for the PlayStation Portable. One of the features of this game is the ability to play as Crash Bandicoot and Coco Bandicoot, Crash's sister. In this game, Crash and Coco are on the run from Doctor Neo Cortex and his team of minions.

In Crash Bandicoot: On the Run, Crash is on the run from Doctor Neo Cortex, who is trying to bring back his old partner Doctor N. Gin. Crash can travel through the levels at his own pace, destroying boxes and enemies in his path. As Crash jumps over a platform, he can be attacked from both sides, so it's important to watch your back. There are also plenty of enemies in the game, including lab assistants, wolves, and robots. The gameplay of Crash Bandicoot: On the run is similar to other Crash Bandicoot games. The player must use the d-pad to move Crash and Coco Bandicoot. The player uses the touch screen to jump and to attack enemies. The player can also find fruit and other power-ups to help them on their quest.

Crash Bandicoot: On the Run offers replay value. There are various paths that can be taken, as well as a lot of secrets to unlock. Players will enjoy playing the game multiple times. There is enough variation in the gameplay that players will not get bored in the game.

The game is enjoyable and has a lot of replay value. The graphics are bright and colorful, and the sound effects are spot-on. The game does have some occasional control issues, but is still worth a playthrough.