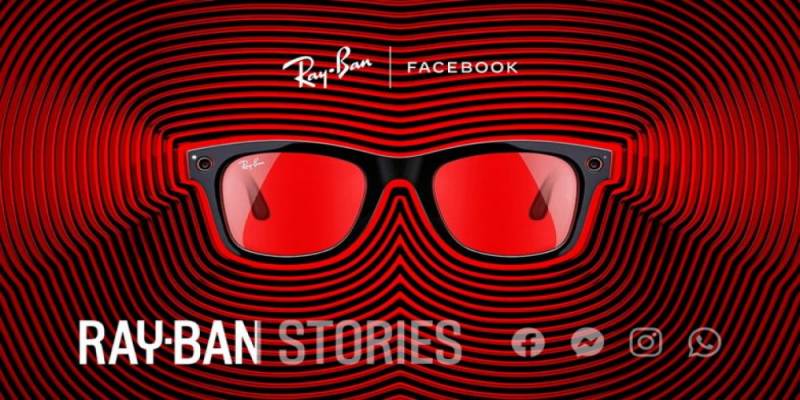 Facebook is branching out to the new venue and has collaborated with Ray-Ban to create a line of special AR glasses. While at the first glance the glasses look completely normal, they hide the fact that they record whatever the person is looking at. At the moment, the so-called Ray Ban Stories are available in three styles, which include the ‘Wayfarer’ option that Ray-Ban is especially famous for.

The creation of these glasses is the first step of Facebook in the direction of developing glasses that will truly augment reality. This product features a camera built into the frame and it’s possible for the wearer to record everything they see. With such glasses, there is no need to take out a camera or phone to start recording. You don’t have to hold anything in your hands, which can be especially useful if you want to record doing something.

The glasses have a 5-megapixel camera and also an open-ear speaker that allows answering phone calls and listening to music. When you install a companion app, you can easily share recorded videos or photos across different Facebook services. When it comes to the cost, the starting price for Ray-Ban Stories is $299.

It’s not a secret that Facebook has been interested in augmented and virtual reality for a while now. The company has impressive investments in this field, including the development of the Oculus VR headset. When it comes to the use of glasses, the question of privacy remains open, as it’s possible to record people and share content without them knowing. It’s obvious that such technologies require the development of means to regulate them.

What do you think about augmented reality glasses? What about the privacy aspect associated with them? Please, share your thoughts on the topic in the comments below.