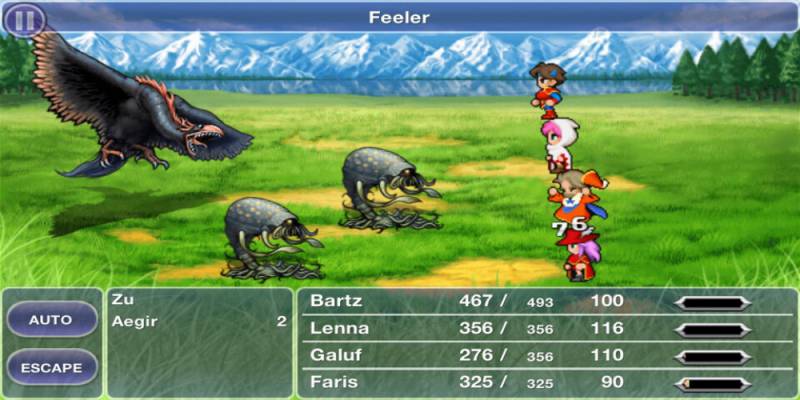 These releases are visual updates of the 2D pixel-based games instead of the garish sprites found in Final Fantasy V and VI.

Kazuko, the games’ artist, oversaw how the sprites were changed in Pixel Remaster. In this new production, there will be music rearrangements from the renowned composer of Final Fantasy, Nobuo Uematsu.

The developers have promised new gameplay features, including the ability to turn on auto-battle. Still, these improvements have come with controversial modernizations in the form of small and basic fonts.

Some would say that Final Fantasy I and II are a bit too pricey. Each costs about $15.99, while Final Fantasy III costs $23.99. On the bright side, Final Fantasy IV, V, and VI are included in a bundle with the previous releases that would go for just $99.78. These remasters of the SNES Final Fantasy games are soon to be released.

While these decade-old games are pretty expensive, they are without a doubt timeless classics, especially the SNES trio. The previous versions of the updated Final Fantasy games will be removed from Steam, Play Store, and App Store, leaving the Pixel Remasters as the default version for gamers to play on these platforms.

It is unfortunate and surprising that Square Enix will not be releasing the Pixel Remasters for consoles. However, it may still be considered if there is an increased demand for the product. Many people have taken to social media to express their criticism of this decision. The games are available on PC and mobile, but they cannot be accessed on the PlayStation, Xbox, or Nintendo.

Do you hope that Square Enix will reconsider their decision and make these games available on consoles? Tell us in the comment section below.